The Movie “The Pregnancy Pact” premieres on the Lifetime TV channel, January 23rd at 9 PM ET/PT. “The Pregnancy Pact,” scored by film composers Alan Derian and Richard Marvin, stars Golden Globe and Emmy Award winning actress Camryn Manheim, Thora Birch and Nancy Travis. The film is based on a 2007 media circus surrounding teenage girls in Glouchester, Massaschusetts who agreed to get pregnant together.

Alan Derian has begun scoring the feature film “Beneath the Blue,” which stars David Keith (An Officer and a Gentleman, Behind Enemy Lines), Michael Ironside (Starship Troopers, Total Recall) and George Harris (Harry Potter and the Order of the Phoenix). Paul Wesley (Fallen, Vampire Diaries) and Caitlin Wachs (Thirteen Days, Commander in Chief) star as the film’s teenage leads. “Beneath the Blue” is the sequel to “Eye of the Dolphin” which Alan Derian scored in 2007. The expected release is in 2010.

The Movie “Acceptance” premieres on the Lifetime TV channel, August 22nd at 9 PM ET/PT. “Acceptance,” scored by film composers Alan Derian and Richard Marvin, stars two time Oscar nominee Joan Cusack as an obsessed mother intent on getting her daughter, played by Mae Whitman (Independence Day, One Fine Day, Arrested Development) into an Ivy league school. The movie is based on the critically acclaimed book Acceptance: A Novel by Susan Coll, and is directed by Sanaa Hamri, who directed “The Sisterhood of the Traveling Pants 2.”

The Science Fiction Writers of America have nominated the script for “World Enough and Time” for the Nebula Award. Past awards have been given to Frank Herbert, Theodore Sturgeon, Arthur C. Clarke and Isaac Asimov. Other nominees this year include “Pan’s Labyrinth” by Guillermo del Toro and “V for Vendetta” by Larry Wachowski and Andy Wachowski.

The World Science Fiction Society has nominated “World Enough and Time” for the Hugo Award. Past award winners include the films “Contact,” “Jurassic Park,” “Terminator 2,” “Edward Scissorhands,” and “The Lord of the Rings” Trilogy. 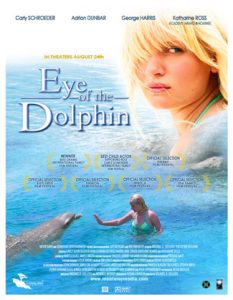 Trekking through festivals. Eye of the Dolphin is widely recieved.

TV Guide recognizes World Enough and Time. A lot of great response to this show.

“Eye of the Dolphin,” which stars Jane Lynch (40 year old virgin, Glee), Katherine Ross (The Summer of ’42), George Harris (Harry Potter and the Order of the Phoenix) and Carly Schroeder (Firewall) had its red carpet premiere at the Arclight Cinemas in Hollywood, California.

Winner and participant in multiple film festivals, After Freedom opens theatically on May 14th.

On November 5, 2002 The Milan International Film Festival (MIFF) held its Award Gala at the historic Teatro Dal Verme. After a delightful tribute to Giancarlo Giannini, the Audience Award was presented to the producers of The Journey, Edwin Avaness, Emy Hovanesyan and Anghela Zograbyan. At the presentation were the star of the film Sona Tatoyan and co-producer Serj Minassian.

The Journey, is the story of Eve, a young woman who, as a child, had immigrated to New York from Armenia. The year is 1991 – the Soviet Union has crumbled and Armenia is going through the process of becoming an independent nation. This stirs Eve’s soul as she longs for her birthplace. The magazine she works for sends her to Armenia to cover the events unfolding there.

Thus begins a journey that leads Eve into her past, forcing her to face memories of her childhood. In the process, she rediscovers her homeland and its people and comes to terms with the loss of a childhood friend who had been killed. She also finds love.

MIFF was held between October 23 – November 4. The screening of The Journey was sold out on November 1 at Cinema Centrale. Eighteen feature films from around the world were competing for the Audience Award during the film festival. After accepting the Audience Award, the film’s directors Edwin Avaness and Emy Hovanesyan thanked the city of Milan, the festival organizers and the Armenian community of Milan for coming and supporting the film.